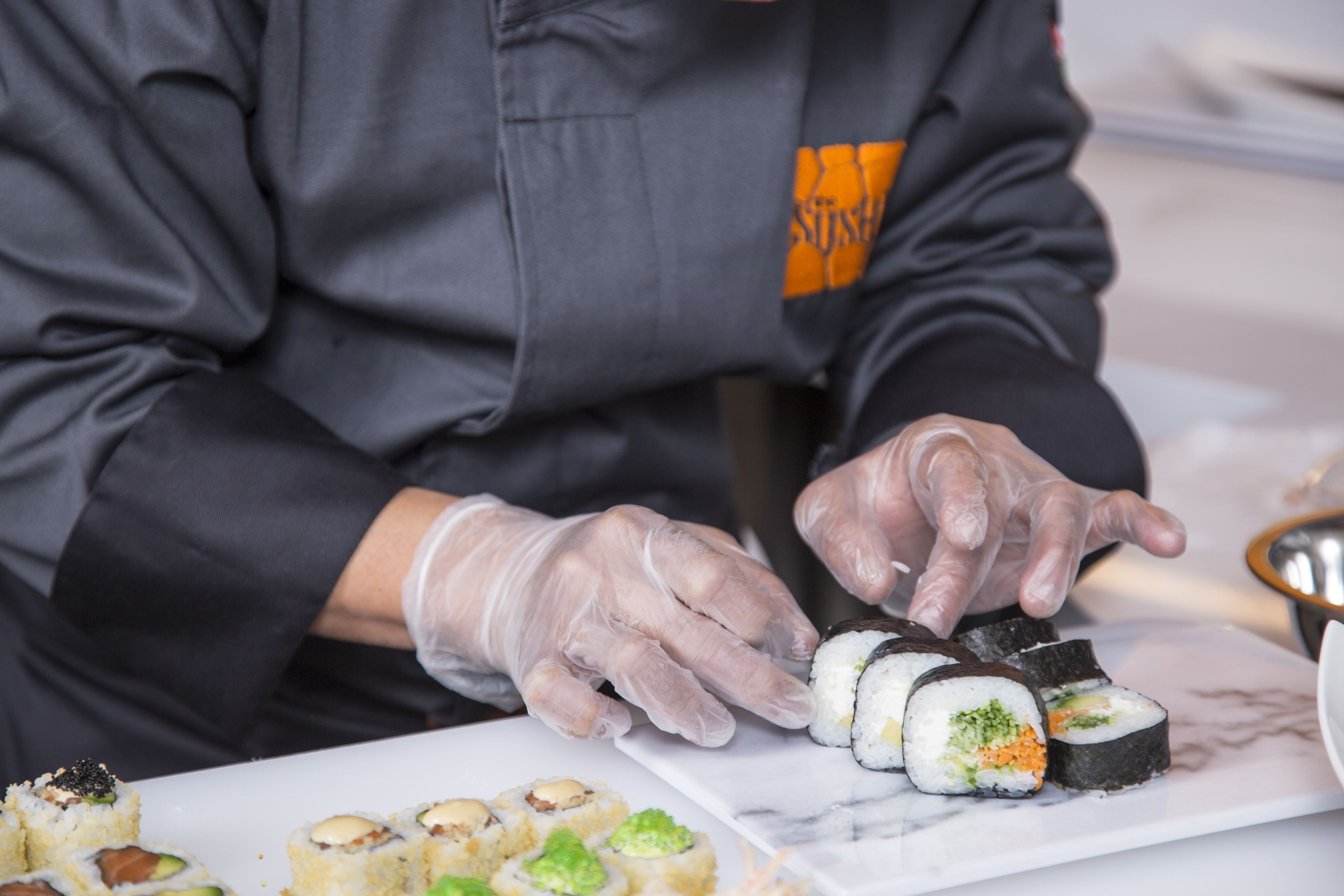 We’re all about a personal experience, serving up fresh and flavorsome Sushi Rolls in the heart of Amman. The Sushi Den started as an intimate home business, self-taught founder Mrs. Samia Mushahwar and Chef Amelia have worked on creating a spectacular range of rolls that range from the traditional rolls to some innovation fusions.

Our vibrant recipes have been indulged in people’s homes since 2014. With a top notch delivery service ensuring that our sushi boxes are delivered in a manner that allows you to enjoy the fresh tastes and ingredients at home.

In December of 2017 we opened our very own hidden gem located in Wadi Saqra, as our family has grown into a full crew, our restaurant now proudly seats up to 30 people indoor and an additional 20 outdoor during the summer season.

We’re really proud to have been welcomed into our customers’ homes for the past few years and look forward to welcoming them into our home and meeting them in person. 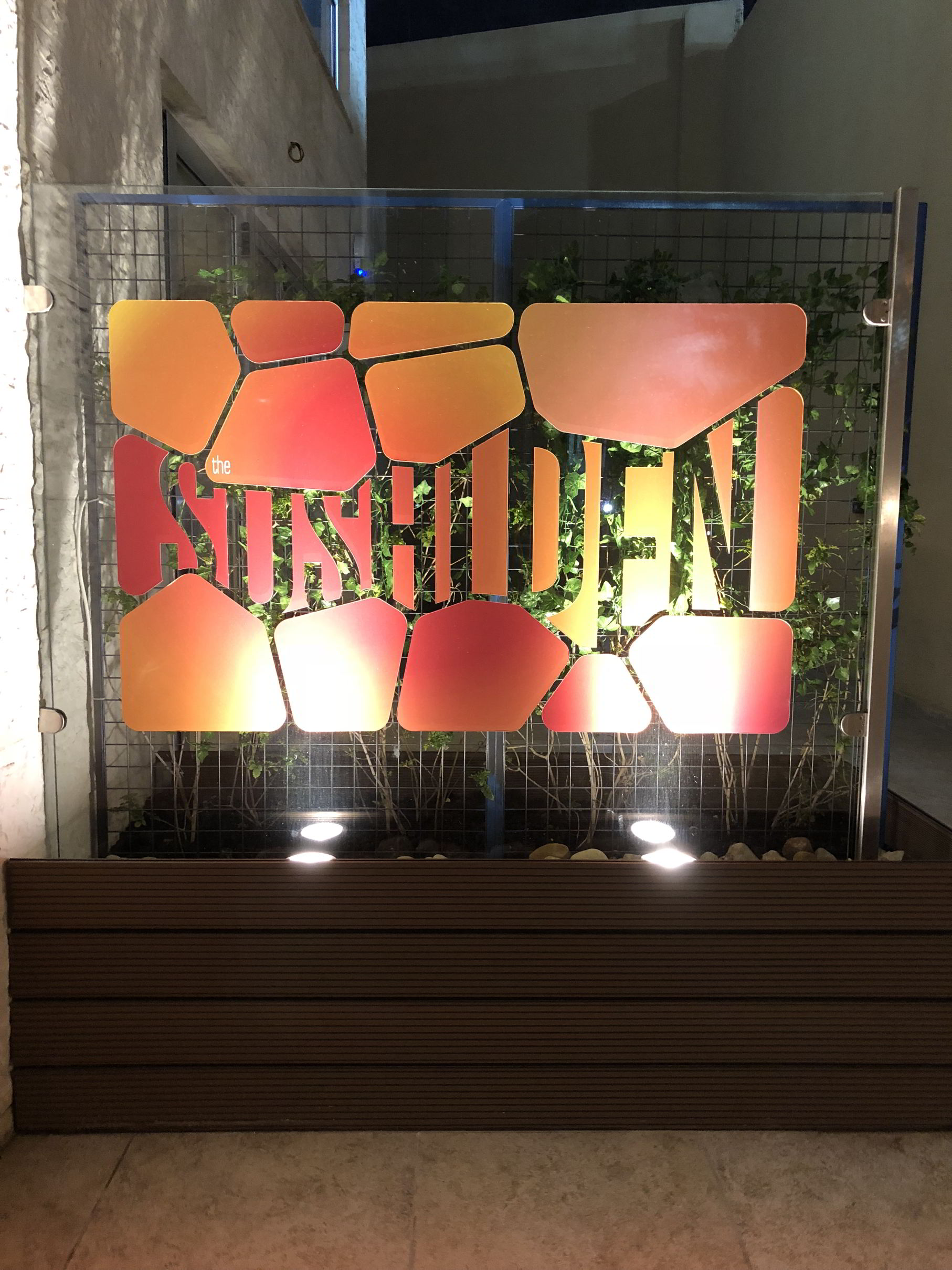 The history of sushi began around the 8th century in Japan. The original type of sushi was first developed in So

utheast Asia as a means of preserving fish in fermented rice. In the Muromachi period, people began to eat the rice as well as the fish. During the Edo period, vinegar rather than lacto-fermentation was used to sour the rice. In modern times, it is an early form of fast food strongly associated with Japanese culture.

The original type of sushi was first developed in Southeast Asia and spread to south China before being introduced to Japan sometime around the 8th century.[1][2] Fish was salted and wrapped in fermented rice, a traditional lacto-fermented rice dish. Narezushi was made of this gutted fish which was stored in fermented rice for months at a time for preservation. The fermentation of the rice prevented the fish from spoiling.[3] The fermented rice was discarded and fish was the only part consumed. This early type of sushi became an important source of protein for the Japanese.

The Japanese preferred to eat fish with rice, known as namanare or namanari (生成, なまなれ, なまなり, semi-fermented). During the Muromachi period namanare was the most popular type of sushi. Namanare was partly raw fish wrapped in rice, consumed fresh, before it changed flavor. This new way of consuming fish was no longer a form of preservation but rather a new dish in Japanese cuisine.

During the Edo period, a third type of sushi was introduced, haya-zushi (早寿司, 早ずし, fast sushi). Haya-zushi was assembled so that both rice and fish could be consumed at the same time, and the dish became unique to Japanese culture. It was the first time that rice was not being used for fermentation. Rice was now mixed with vinegar, with fish, vegetables and dried food stuff added. This type of sushi is still very popular today. Each region utilizes local flavors to produce a variety of sushi that has been passed down for many generations.

When Tokyo was still known as Edo in the early 19th century, mobile food stalls run by street vendors became popular. During this period nigiri sushi (握り寿司) was introduced, consisting of an oblong mound of rice with a slice of fish draped over it. After the Great Kanto earthquake in 1923, nigiri sushi chefs were displaced from Edo throughout Japan, popularizing the dish throughout the country.

Today the sushi dish internationally known as “sushi” (nigiri zushi; Kantō variety) is a fast food invented by Hanaya Yohei (華屋与兵衛; 1799–1858) in today’s Tokyo (Edo). People in Tokyo were living in haste even a hundred years ago. The nigiri zushi invented by Hanaya was not fermented and could be eaten using the fingers or chopsticks. It was an early form of fast food that could be eaten in public or in the theater.